The Ireland Palestine Solidarity Campaign / Irish Anti War Movement Eircom-Amdocs campaign is drawing to a close. We will be handing in the petition this Friday 26th July @ 4pm at the Eircom Offices, the intersection of St John's Rd West and Military Road, down near Hueston Station (see map). 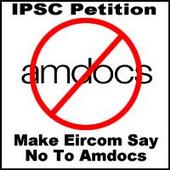 Chris Andrews TD (FF) and Proinsias De Rossa MEP (Lab) have confirmed that they will attend and a number of other politicians are still TBC.

We would like to invite anyone who is free to attend on Friday and help us to mark the end of this campaign.

We are calling on Eircom plc to listen to the call for Boycott, Divestment and Sanctions (BDS) emanating from Palestinian civil society, and to refuse to enter into a contract in which one of the partners will be the Israeli company Amdocs. We believe that it would be a major boost to Israel’s prestige – in the wake of the invasion of Gaza which left over 1,400 Palestinians dead - for any consortium that includes Amdocs to receive this Eircom contract, especially given that Amdocs has declared its support for the so-called 'security' policies of the Israeli state

Eircom are still refusing to divulge whether they have actually signed the contract with Amdocs or not, but we intend to make them aware of the sentiment among the Irish public in favour of divestment from Israeli companies. 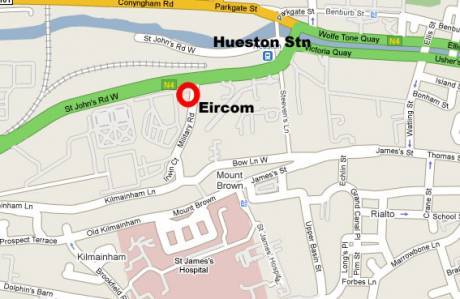